Even before the First World War Gayundah was of an outdated design and following the war she was of no further use to the Navy.

In 1921 Gayundah was sold by the Royal Australian Navy and converted to a sand and gravel barge. These extensive modifications substantially reduced the integrity of the ship as a historical relic, however she was given a new ‘lease of life’. The alternative would have seen her scrapped or sunk as part of an artificial reef.

Instead, Gayundah continued to work, becoming a familiar site on the Brisbane River in this inglorious role.  Few unknowing observers of the barge as she plied her new trade could have guessed at her previous incarnation. 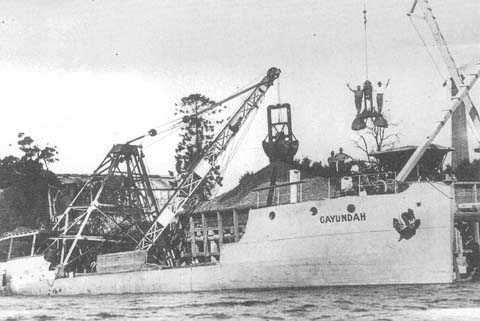 The built up bow is clearly evident, while the gutting of the centre section to facilitate the dredge has given new (and aesthetically displeasing) lines to the old vessel. These lines are still obvious on the wreck today. 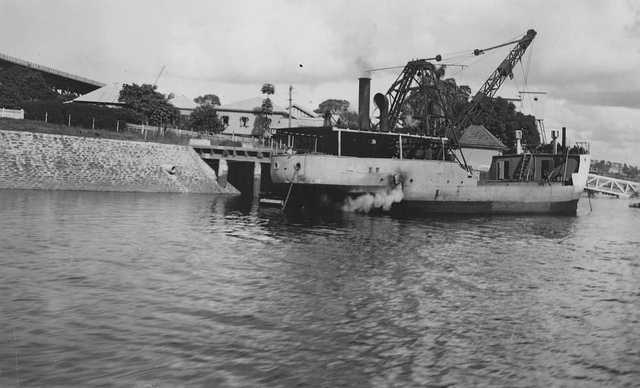 Another view, note the smoke indicates a running engine in this photo.
Photo Copyright details unknown