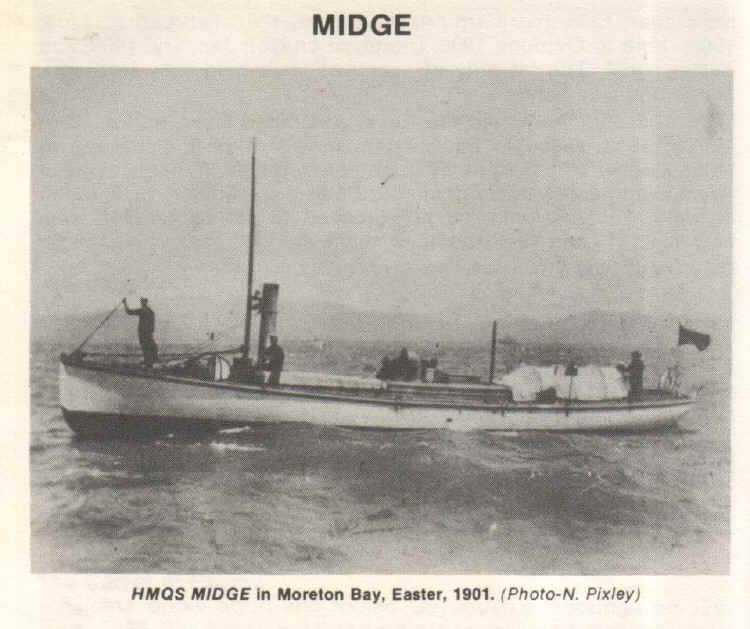 HMQS Midge was a torpedo launch, entering service with the QMDF in 1887. She served as a picquet boat on the Brisbane river.

Like HMQS Mosquito, she was never commissioned, simply placed into service as required, spending most of her time moored at the Naval Stores at Kangaroo Point.

Upon Federation, in 1901 she was transferred to the Commonwealth Naval Force and served as training boat until decommissioned in 1912. 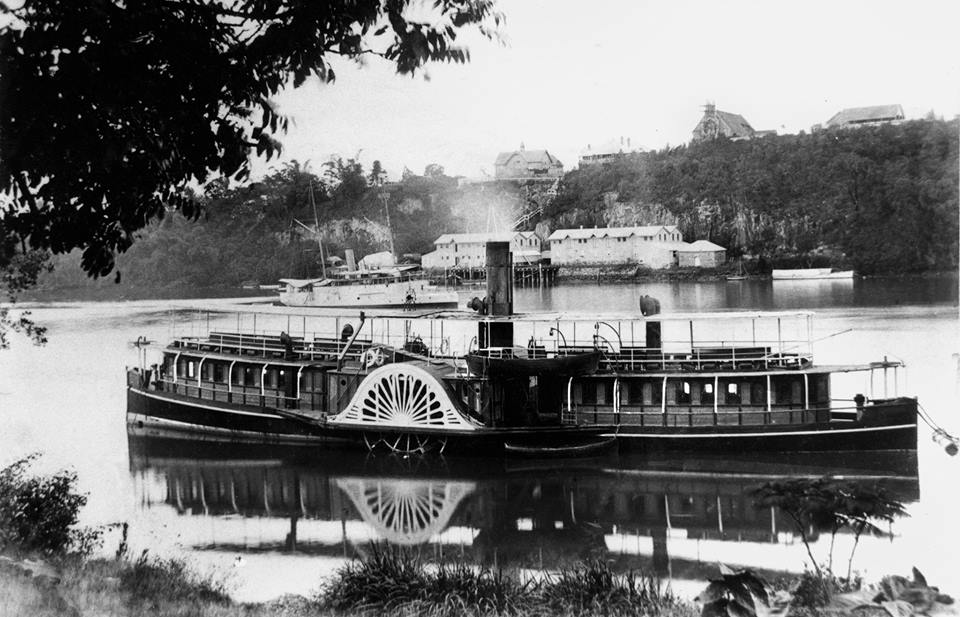 paddlewheeler Natone, Gayundah behind, and adjacent to the naval stores appears to be Midge.

HMQS Midge was still on strength when the Royal Australian Navy was formed in 1911, but was stripped and paid of the next year.

Midge’s engines were found to be in excellent condition and were used at the RAN’s engineering school for many years.

The hull was sold as a private yacht in 1912, and was renamed Nola II