The above suggests that the two ships were built together with critical dates concurring. This seems unlikely, especially the launching of two ships on the one day.  It is however the only data I have been able to discover on the matter, so for now I’ll take it as read !

A merger between William Armstrong and Charles Mitchell in the new company Armstrong, Mitchell & Co. Ltd. in 1882.

William Armstrong had established a company at Elswick in 1847 and had become one of the world’s leading armament manufacturers.
Plans for a new shipyard to build warships only, next to the Elswick Works, were laid in 1883. Even though the Elswick Yard was supposed to build all their warships, for over the 14 years to 1899 Low Walker built 11 small warships.  (including Gayundah and Paluma).

The Low Walker yard in about 1895 with 8 or 9 slipways. The River Tyne is at the bottom of the map and flows approximately north-south. 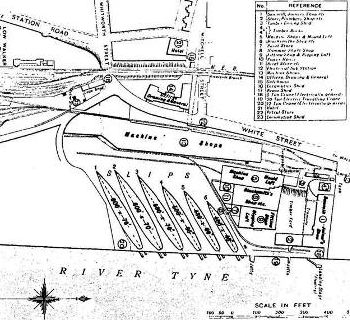 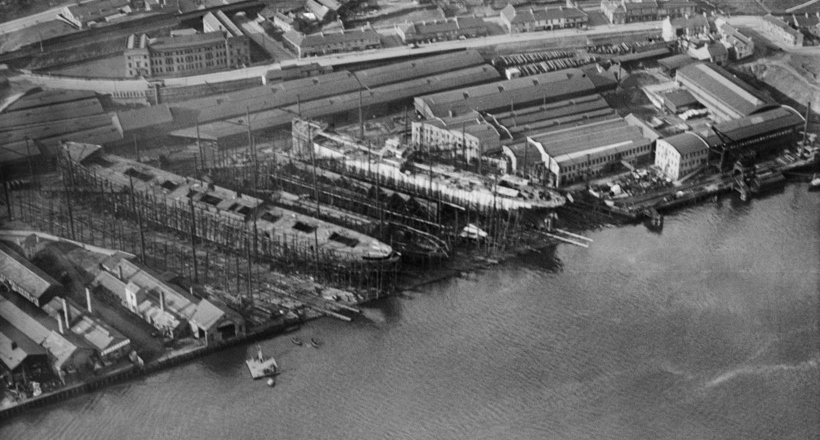 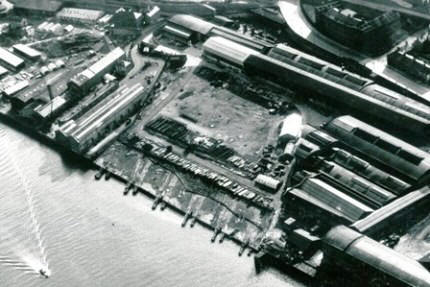 Compare the 1915 map with a recent aerial image. At low tide, the ends of the launch ways can still be seen in the river. 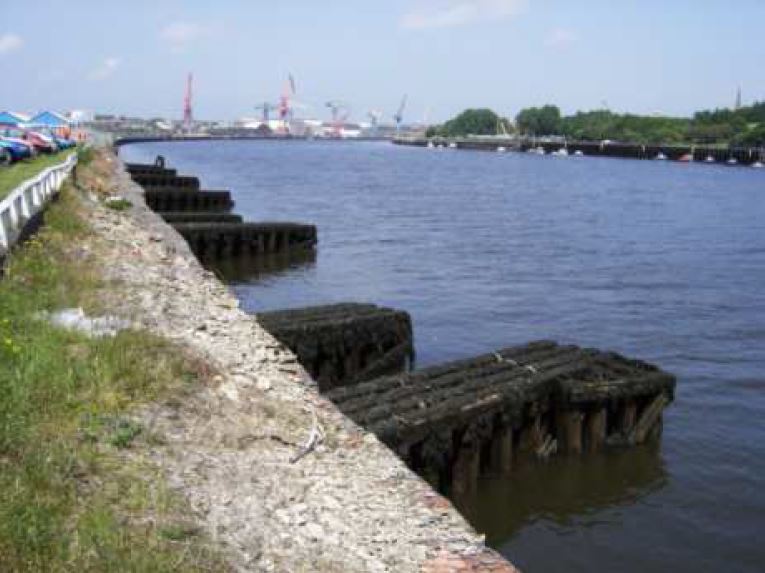 The ‘ghostly slipway ends’ of the Low Walker Yard still reach out into the river Tyne and are visible at low tide.. Copyright © John Bage