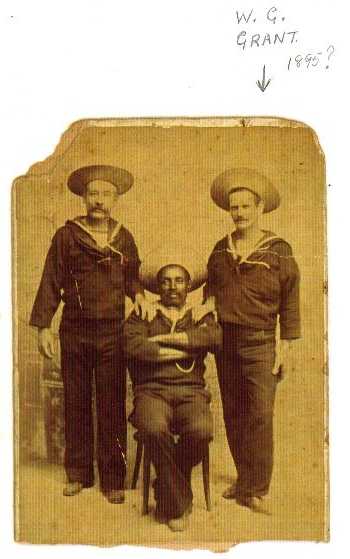 George was a member of the Townsville Naval Brigade.

He was at the time employed as a diver by the (Queensland) government, attached to the staff of the barge Octopus and died whilst diving to clear an anchor.  The newspaper story of the tragedy states that George had been employed by the government for 27 years, and was a member of the Townsville Naval Brigade. He received a military funeral.

It is thought that George Grant may have crewed Gayundah early in her service life.  Quite likely he would have been involved in naval brigade exercises aboard ship during one of it’s visits to Townsville.

Thanks to Terry Murphy of Kallangur, Qld.  W.G. Grant was Terry’s great grandfather.