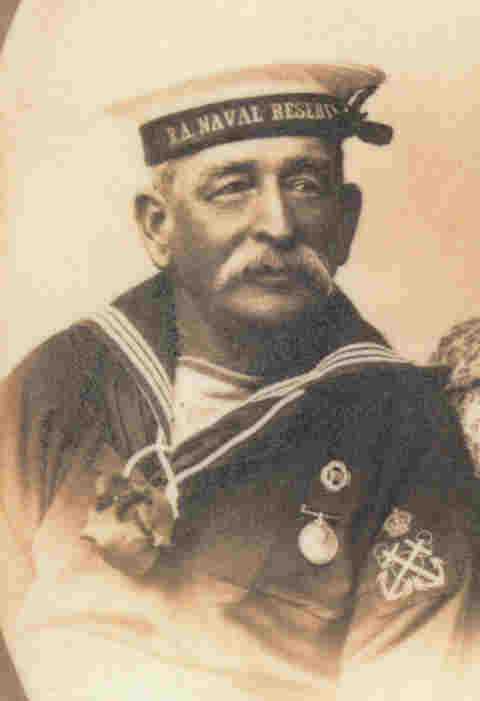 Marilyn Handley (Jildie’s great grand-daughter) tells us:
Frederick was born in 1865 and for some 25 years of his life was Sub Inspector of Fisheries based at Maryborough, QLD.

He had a passion for sailing and along with his brothers won many trophies in QLD and NSW.

His war medals bear the following inscriptions – “F.G. CLARKE P.O. R.A.N.B.” and “F.J.CLARKE A.B.” and I have always been told that he “skippered” the GAYUNDAH during WW1 as it patrolled Moreton Bay.

I [Marilyn] have not been able to find any records or evidence to verify this story although it is probably true that he was at least part of the crew.

His obituary (1920) states “he was a foundation member of the Naval Brigade of which he was a Petty officer and one of the founders of the Naval Association”.

Thanks:  Marilyn Handley (Jildie’s great grand-daughter) for information and photograph.