Following the Jervois-Scratchley reports the colonial governments of Australia restructured their defence forces. One of the outcomes of the report was the formation of the Queensland Maritime Defence Force. To equip the new force two gunboats and a torpedo boat were initially purchased. That torpedo boat was Mosquito.

top speed of 21 knots; however, was only able to achieve 17.21 knots during trials. 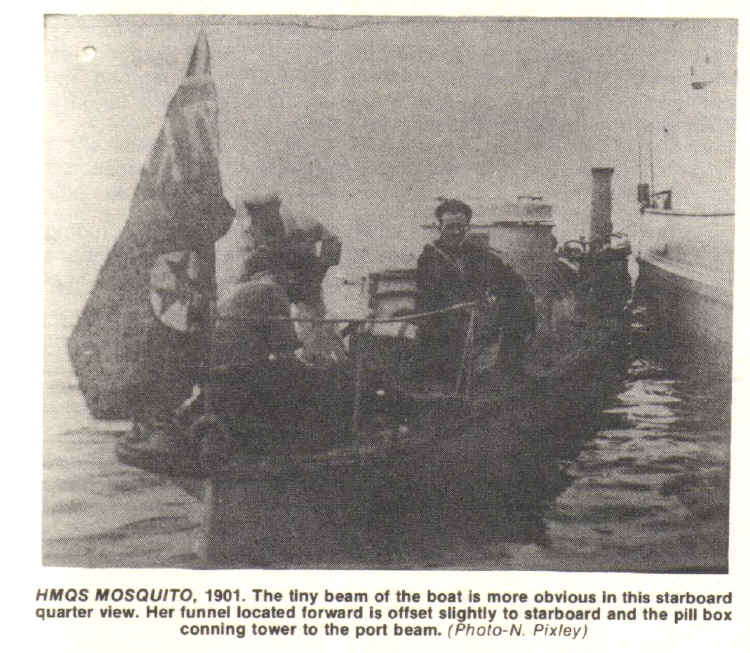 Mosquito was transported to Australia as deck cargo by an East India Company steamer.

She was based at facilities constructed at the bottom of the cliffs of the western side of Kangaroo Point, on the Brisbane River.

She was never commissioned but simply placed into service when required, as she had no crew accommodation facilities, and therefore spent much of her time out of the water.

Following Federation in 1901, Mosquito was transferred to the new Commonwealth Naval Forces and was employed as a training vessel until she was paid off in 1910.

Her fittings and engines were removed before she was abandoned in Boggy Creek near Pinkenba.

Parts of her hull were discovered in January 1966 and an archaeological survey of the remains was conducted in 2009; the stern casemate was recovered and is in the collection of the Queensland Museum.